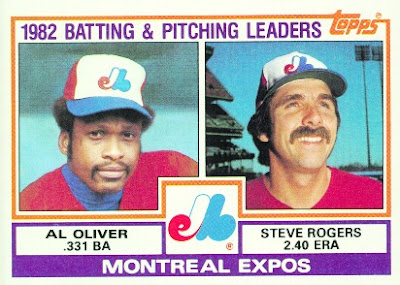 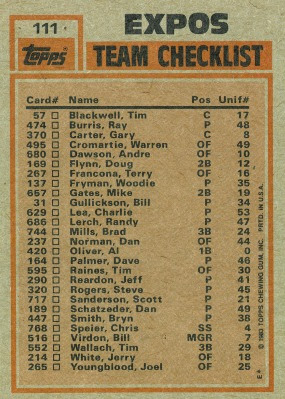 Flipside:  The checklist counts 27 Expos, including Hall of Famers Gary Carter and Andre Dawson.  Tim Raines should join them someday.

Montreal had a lot of talent on offense but second base was a black hole.  Flynn had a rotten .256 OB% in 58 games, Raines made 36 starts there, and while it was a good idea it just didn't work out.  Mike Gates started 30 games but was only marginally better than Flynn.  Four other Expos made at least five starts at second.  Terry Francona was the only solid bench player as he batted .321 in 131 at bats.