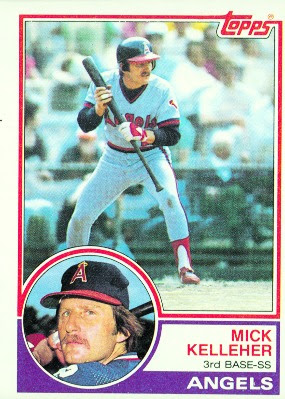 Pic:  After seeing the way Kelleher is holding the bat I'm beginning to understand why he never hit a home run.
I'm pretty sure that Kelleher knows how to lay down a bunt, but the photo makes me wonder.

Player:  Mick Kelleher made his debut with the Cardinals in 1972 and batted .159 in 63 at bats.  The next year he had similar results (.184) in 38 at bats.bats. The young shortstop was sold to the Astros where he continued hit below .200 and was sold back to the Cards after the '74 season.  He spent all but four games in AAA in 1975 and was then traded to the Cubs for Vic Harris.

Kelleher was sold to the Tigers where he hit .221 filling in across the infield in 61 games in '81.  He appeared in two games for Detroit before being sold to the Angels in '82.  He hit only .160 for the season.  Kelleher spent all of '83 at AAA and retired.

Kelleher is currently the first base coach for the Yankees after previously working in the Tigers and Pirates organizations. 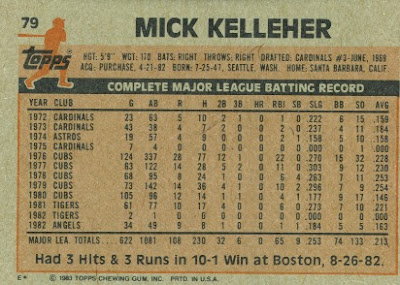 Flipside: That is quite a highlight if you consider he had only 8 hits and 9 runs on the year.
These are Kelleher's career stats.  According to his Wikipedia page he is the most recent position player to retire without a home run in 1,000+ at bats. 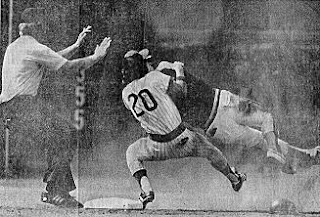 Oddball:  Kelleher moved up several weight classes to brawl with Dave Kingman during an August 7, 1977 game.  Kelleher jumped on King Kong after a take out slide at second base.  You can read more and watch a brief interview on the subject here from Johngy's Beat.
History:  Kelleher was was the consummate good glove / poor hitting infielder.  While he was universally regarded as a great fielder, it's a rare to come across an eleven-year veteran with a career WAR of -4.3 (Baseball Reference).
Posted by Brandon at 9:10 PM