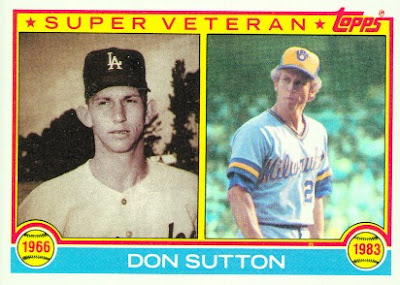 Then and Now: I wonder if Sutton wore the poofy hair to hide his ears?

League Leaders:  Led NL in ERA once, games started once, shutouts once, and WHIP four times.

Postseason:  Sutton pitched in the playoffs five times.  He compiled a 6-4 record with a 3.68 ERA in 100.1 innings.  He appeared in four World Series but his team never won it all. 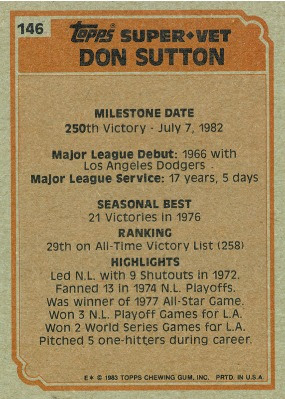